The University of Utah is home to a variety of wonderful performance venues that range from the small and intimate to the spacious and grand. Learn more about these locations and check out what's happening at the respective venues below. 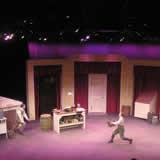 Learn More About Babcock TheatreThis theatre, located on the lower level of Pioneer Theatre, usually showcases the work of students from the U's Department of Theatre. Seating is open, but with a capacity of 127, you may want to show up to these performances early. 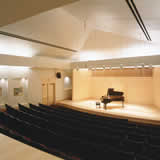 Learn More About the Dumke Recital HallThis gift from the Katherine W. and Ezekiel R. Dumke Foundation is located on the north end of Gardner Hall and has seating for 114. It includes a Hamburg Steinway B grand piano, a Steinway B piano, and a harpsichord. 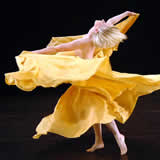 Learn More About Hayes Christensen Dance TheatreThis formal performance space in the Marriott Center for Dance was named in honor of Elizabeth R. Hayes and Willam Christensen and is shared by the departments of Modern Dance and Ballet. The theatre has 333 seats and 14 rows that allow all audience members an excellent view of the U's world-class dance programs. 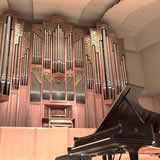 Learn More About Libby Gardner Concert HallThis concert hall named after the wife of former University president David Gardner is home to the U's major musical performances by students, faculty, and visiting musicians and choirs. It contains 680 seats plus choir seating for 200 performers. The stage, which includes two Hamburg Steinway D concert grand pianos and a Lively-Fulcher pipe organ, can accommodate over 80 musicians. 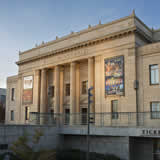 Learn More About Kingsbury HallKingsbury Hall is the largest performing arts venue on campus and features some of the biggest names and most talked about emerging artists in the country. Other groups, both local and national, also present performances at Kingsbury Hall, including Odyssey Dance Theatre and Broadway Across America-Utah. 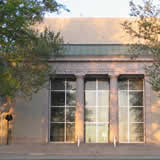 Learn More About Simmons Pioneer Memorial TheatreThis facility is home to the Pioneer Theatre Company (PTC), which is one of four fully professional theatre companies in Utah. PTC produces seven plays each season, running from September to May, including classics, musicals, dramas, and comedies. The company creates its own productions on site, including costumes and scenery, while sometimes using actors and directors from out-of-state. 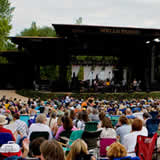 Learn More About Red Butte Garden AmpitheatreFrom May to September this 3,000-seat outdoor venue in the foothills of the Wasatch Mountains is home to a variety of performances, including Red Butte Garden's Outdoor Concert Series. 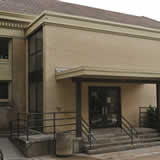 Learn More About Studio 115 TheatreThis 108-seat theatre is located on the first floor of the Performing Arts Building, just west of the Campus Bookstore and hosts student productions throughout the academic year.